It won’t be easy emotionally for IBEW Local 64 electrician Ross Applegate to leave for Dubai on a deployment with the Navy Reserves. But his family – and his job at Gulu Electric – will be there for him when he returns.

“My son was born while I was on my last deployment, so he hasn’t experienced me leaving before,” Applegate said. “He’s already told me he doesn’t want to see me get on that plane.”

Applegate’s son is now 9. He also has a 5 year-old daughter. His family lives in New Middletown.

While he’ll miss his family and he looks forward to seeing them when he returns, one thing he won’t have to worry about while he’s gone is his employment.

“Not only do the employers signatory to us support active military and veterans, but the IBEW certainly does as well,” said Jim Burgham, business manager for IBEW Local 64 in Youngstown.

Burgham said the IBEW keeps reservists’ memberships active during military deployments and covers the cost of their dues while they are gone. They also don’t miss any time on their pensions.

“We wouldn’t have the freedom to meet and form unions if we didn’t have the military,” Burgham said. “It’s one of the many freedoms they give us.”

Applegate said his employer has been very understanding, as well as prideful about his military service.

“It’s always nice to know there are companies like Gulu Electric that say you’ve always got a spot when you come back,” he said.

“We’ve had great luck with members who have military backgrounds,” Booth said. “Their foundation of a strong work ethic, discipline and pride in workmanship are traits that we also look for in the electrical trade.”

Applegate served in active duty with the Navy from 2007 to 2011. He was deployed three times to places like Spain, Israel, Greece, Dubai and multiple African countries. He then spent three years studying electrical engineering at Youngstown State University.

He started with Gulu Electric in 2014 as a construction electrician. 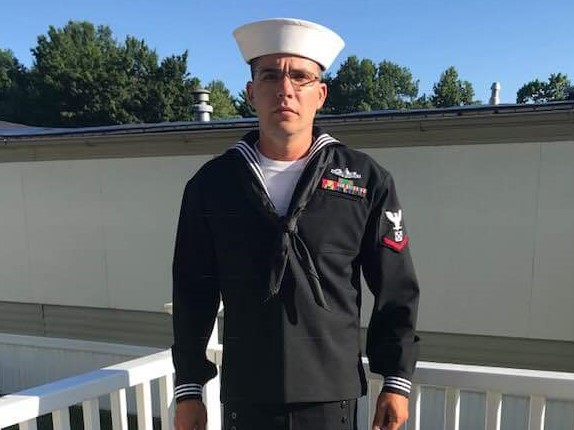